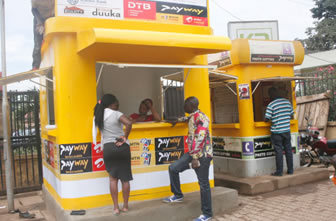 Government is drafting a new law in which it will transfer regulation of mobile money services to Bank of Uganda [BoU], according to the central bank Deputy Governor Louis Kasekende.

Speaking during a two-day public consultative meeting in Jinja last week, Dr Kasekende said the new law, will give BoU the sole responsibility of regulating mobile money and payment services in Uganda.

"We currently share the responsibility of regulating mobile money with UCC. But there is a new law that is in offing, the National Payments Bill that will assign the regulatory role of mobile money services to Central Bank," he said.

The National Payments Bill will seek to streamline Uganda's payment system in which government it seeking to reduce cash payments by at least 2022.

Dr Kasekende said for a long time there has not been any specific law to regulate mobile money services, which has created liberty for telecom companies to introduce different financial products although it is not their core mandate.

Currently, mobile money services are regulated through a shared responsibility that is governed by BoU and Uganda Communication Commission [UCC].

Launched in March 2009, the MTN mobile money platform, which was the first in Uganda, offered a new revolution in Uganda's payment system that would later become a new phenomenon in the financial markets.

Uganda currently, according to UCC data, has about 23 million mobile money subscribers.

At least, the Central Bank indicates, more than Shs64 trillion was transacted through mobile money in 2018.