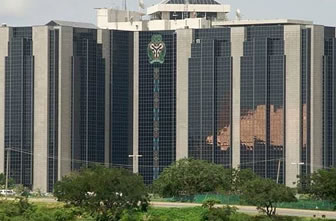 Following the Central Bank of Nigeria, CBN continuous liquidity tightening regulations in the banking sector the earnings of banks have been projected to come under pressure in 2020.

A report by Guaranty Trust Bank, GTBank Plc titled "Macroeconomic and banking sector themes for 2020" released yesterday stated that in a bid by the CBN to achieve its policy mandates of exchange rate and price stability, growth stimulation and healthy reserves, the apex bank implemented a few monetary policies including the introduction of minimum Lending to Deposit Ratio, LDR for banks, special intervention loans etc targeted at spurring growth in the real sector.

According to the report: ": the CBN also restricted investments of domestic investors and local non-bank corporates in Open Market Operation, OMO instruments. The introduction of the minimum LDR of 60 percent (later reviewed to 65 percent) recorded some positives in some areas including a reported increase in gross credit by over N1.1 trillion between May and October 2019, decrease in interest (borrowing) rate by over 400 bases points, bps between June and October 2019.

"As yields on OMO find equilibrium points high enough to sustain the appetite of foreign portfolio investors and low enough to reduce the liquidity management cost of the CBN, we expect the CBN to maintain this policy stance in the near term. That said, there is a chance that OMO rates might increase to incentivize portfolio investment if exchange rate remains under pressure. We also do not expect any changes to monetary policy rate (MPR) at 13.5 percent given the sluggish transmission of changes in MPR to significant impact in the real economy."

The report further stated that the earnings of banks have come under pressure in the wake of licensed payment service banks (PSBs) and super-agents.

The report states: "In addition, the increase in fintechs and digital banks have also seen banks' earnings take a blow. For context, fintechs provide a variety of mobile payment, transfers, ride-sharing and food delivery services to their customers which has deepened the competition for retail customers and forced banks to evolve beyond their traditional service delivery systems... Read more on All Africa